Restaurants in or near Hershey – Our Five Favorites Plus One

Here are five of our favorite restaurants in Hershey, within 15 minutes of the Inn at Westwynd Farm. They are unique to the south central Pennsylvania area aside from Devon Seafood + Steak, which has restaurants in a few other locations.

An upscale casual atmosphere will be found at all of our favorites, and the cuisine mostly falls into the contemporary American category — although Devon’s menu centers on seafood, and Piazza Sorrento is all about classic regional Italian dishes and is known for its extensive gluten-free menu.

The five restaurants are open daily for lunch and dinner with a few exceptions: The Circular offers lunch on Fridays and Saturdays only and it is limited to a buffet; What If… doesn’t serve lunch on Sundays; and Piazza is closed Sundays, but the pizza and sub shop Mr. Sorrento’s, which is accessed through the Piazza restaurant, is open. Sunday brunch is available at The Circular, Devon, and The Mill.

Since these are among the area’s most popular restaurants, reservations are recommended. Casual dress is acceptable for most. The dress code at The Circular specifies no tank tops for men, no graphic T-shirts, and no hats; denim that is not torn or faded and dress shorts are permitted.

For those dining with a group or hosting an event, a private room can be arranged at all five favorites.

Also, there are benefits to being a guest of the Inn at Westwynd Farm: a 10 percent discount at The Mill and one appetizer free of charge at Devon.

The Circular at The Hotel Hershey

Choose The Circular for its: 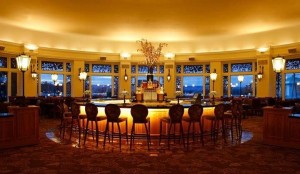 Benefit for guests of the Inn at Westwynd Farm: 10 percent discount

Choose The Mill Restaurant for its: 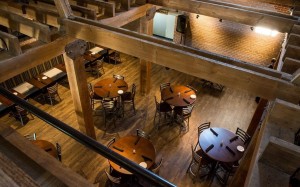 Happy Hour: Monday through Friday and Sunday, 4:30 to 6:30 pm, bar and high-top tables only; Saturday, 1 to 3 pm, entire restaurant

Benefit for guests of the Inn at Westwynd Farm: one appetizer free of charge

Choose Devon Seafood + Steak for its: 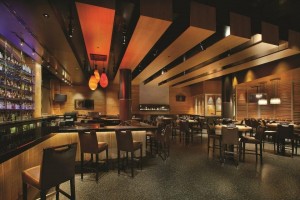 What If… of Hershey

Choose What If… of Hershey for its: 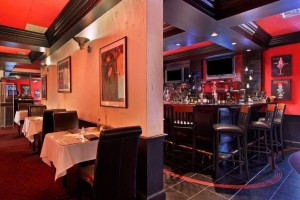 Lunch/Dinner: Monday through Wednesday, 11 am to 9:30 pm; Thursday through Saturday, 11 am to 10 pm; Sundays, closed, but Mr. Sorrento’s pizza and sub shop (at the same address) is open from noon to 9 pm

Choose Piazza Sorrento for its: 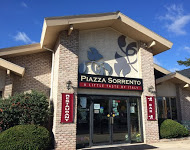 The Troegs brewery in Hershey opened in 2011 after being relocated from Harrisburg. Tours are available every day of the week. In 2015, Troegs earned Harrisburg Magazine’s Simply the Best award for local beer and Susquehanna Style’s Best of Harrisburg award for best brewery.