No foolin’, there is so much to do this month we couldn’t keep the list to just 10. 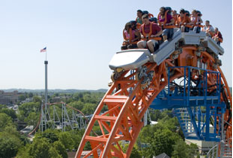 1. Springtime in the Park  April 2-3 and April 9-10 –  The dates we all wait for and, after the cold winter, the sound we love to hear – the squeals of riders on the coasters. Preview summer fun with dozens of rides, live entertainment, strolling Hershey characters and to top it all off – a visit to Zoo America.

2.Disney on Ice – Let’s Celebrate! March 30– April 3 at the Giant Center – It’s just one wonderful party on ice with all your favorite Disney friends – Princesses Cinderella, Ariel, Belle & Tianna join Mickey, Minnie, Donald, Goofy and more in a magical spectacle that is sure to delight fans of all ages. 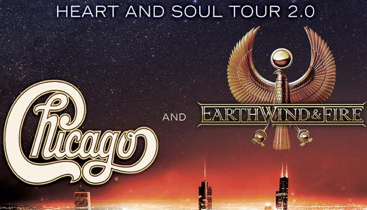 3.Earth, Wind and Fire and Chicago  April 6 at the Giant Center – Two of the most critically acclaimed bands bring their Heart and Soul 2.0 to Hershey. With more than 200 million albums sold and 20 Grammy nominations between them, the concert will provide unparalleled entertainment from two of America’s most legendary bands.

4.Hershey Symphony, Symphony Block Busters  April 8  Hershey Theatre – This exciting performance includes Dvorak’s Symphony No. 7 which will be sure to give your ears, and certainly the players on stage, a work-out! Plus, the Hershey Symphony is pleased to welcome back mezzo-soprano Gwendolyn Bowers to the Hershey Theatre stage to perform three of the most famous arias in opera.

5.Brantley Gilbert  April 14 at the Giant Center – With back-to-back platinum albums, Gilbert is bringing his Black Out tour to Hershey along with special guests Canaan Smith and Michael Ray. His unrelenting brand of country has notched six #1’s. It’s sure be a rocking night. 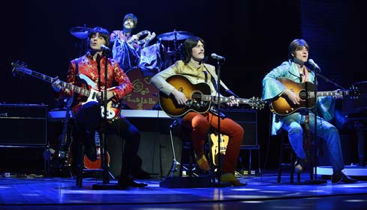 6.Let It Be  – A Celebration of the Music of the Beatles  April 14 at The Hershey Theatre – Relive the memories with the music that defined a generation and captured the hearts and ideals of millions. Packed with over 40 Beatles songs, this outstanding production is sure to be a memorable evening. 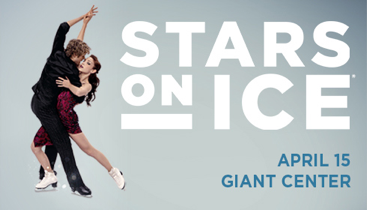 7. Stars on Ice  April 15 at the Giant Center – It’s the 30th anniversary show and will be headlined by Olympic Ice Dancing champions Meryl Davis and Charlie White. They will be joined by an ensemble of the best figure skaters in America including Gracie Gold, Ashley Wagner and Jeremy Abbott plus members of the US Team who will compete at the World Figure Skating championships.

8.Brit Floyd  April 15 and 16 at the Hershey Theatre – The world’s greatest Pink Floyd show returns with an even bigger performance including a spectacular new million dollar light show and state of the art video design. They will continue their amazing journey through 50 years of the incredible Pink Floyd catalogue including favorite moments from “Dark Side of the Moon”, “Wish You Were Here” and a show-stopping rendition of “Echoes”. 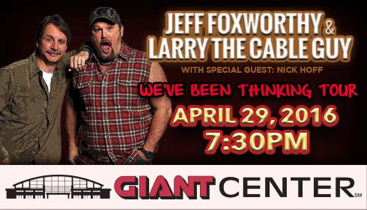 11. Jeff Foxworthy and Larry the Cable Guy  April 29 at the Giant Center – These super stars of comedy have reunited with their “We’ve Been Thinking” tour to bring you an unforgettable night of comedy.

12. Ragtime  April 26 – May 1 at the Hershey Theatre – Everything is changing…and anything is possible.  Ragtime returns to the road in all-new touring production The stories of an upper-class wife, a determined Jewish immigrant and a daring young Harlem musician unfold. Set in turn-of-the-century New York, all three united by their desire and belief in a brighter tomorrow. Their compelling stories are set to theatre’s richest and most glorious Tony Award®-winning score by Stephen Flaherty and Lynn Ahrens. This 13 time Tony Award nominated musical is a timeless celebration of life.

April is going to be an exciting month in Hershey, if you’re planning a trip come say hi to the horses at The Inn at Westwynd Farm  and enjoy some of our homemade cookies before you slip off to bed.