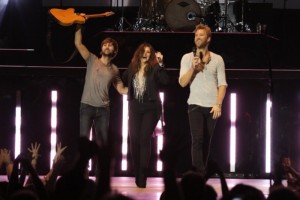 Hershey’s Giant Center, a 10,000-seat indoor arena just minutes from our Inn, hosts world-class concerts and events all year long. The lineup for this spring and summer is no exception, with two powerhouse, chart-topping country bands among the highlights.

Seven-time Grammy winner Lady Antebellum plays the Giant Center on Friday, August 14 (tickets start at $39.75). The band has sold more than 11 million albums, racked up nine No. 1 hits on the country radio charts, earned six platinum singles, and captured the Vocal Group of the Year award from both the CMA and the ACM for three years in a row. Lady Antebellum will be joined by five-time Grammy nominee Hunter Hayes and top-selling artist Sam Hunt.

The raucous superstars known as Florida Georgia Line come to Hershey on Saturday, May 2 (tickets start at $37.60). Last year, the duo garnered 13 industry awards, including Vocal Duo of the Year from both the CMA and the ACM, and became only the second recording artist in history to achieve four back-to-back, multi-week No. 1 singles. Opening for Florida Georgia Line will be ACM New Artist of the Year nominee Thomas Rhett, along with singer-guitarist Frankie Ballard. 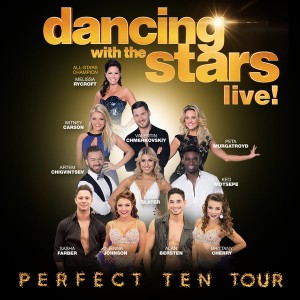 If country music isn’t your thing, don’t worry – Giant Center has something for you! Performances slated for the coming months include:

Nearby: Hersheypark is right next door to Giant Center, and show-goers can receive a discount on admission to the theme park the day before, day of, or day after an event. Simply present your ticket at the Hersheypark Ticketing Services Building. 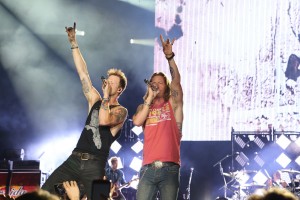 This summer, Hersheypark is debuting Laff Trakk, the first indoor, spinning glow-coaster in the United States. It’s being billed as a family-friendly house of laughs that’s a new experience with every ride. In addition to Laff Trakk, Hersheypark offers a dozen other roller coasters (the iconic Comet and sooperdooperLooper among them) along with plenty of water rides, family rides and kiddie rides.

Our summer, here at The Inn at Westwynd Farm, is filling very fast. Be sure to make your reservations soon